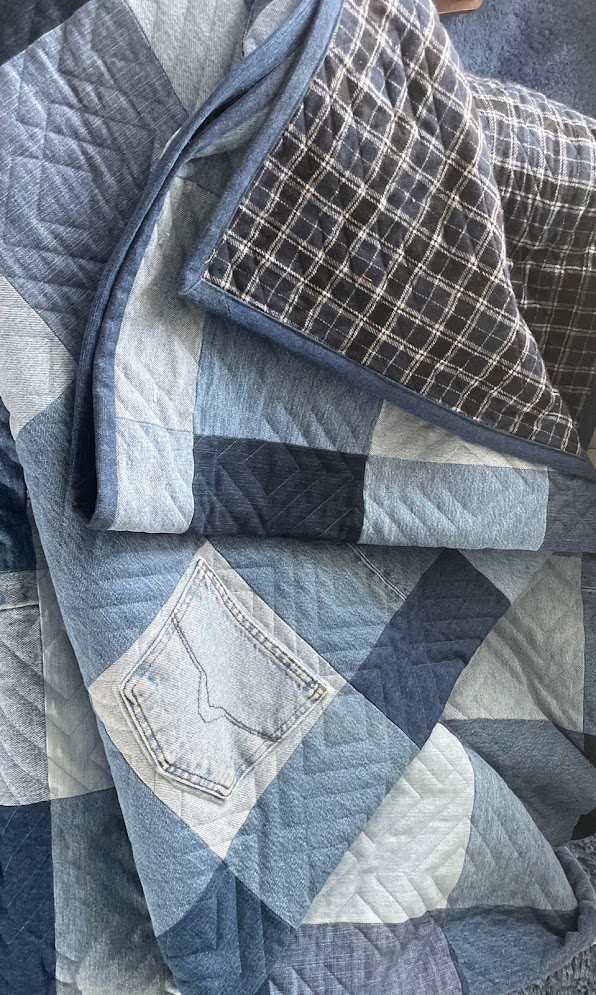 You guys!  I just finished this beast-of-a-quilt, and it is gorgeous, even for denim!
I don't normally do commission quilts, in fact, never.  I don't have time.  But my sister had a friend who begged to have a quilt made from all his old Levis.  I quoted a price that I figured would change his mind, and he accepted!  Now, I just needed about 50 hours to do it.
At first, they brought over a bag of jeans that had basically one tone of denim.  He must love a certain brand!  To create any kind of patchwork, which is what he wanted, there must be contrast, so I had them round up some dark and light pairs.  I realized that I could make a giant buffalo plaid with the three contrasting shades.  If I ran short on light-colored denim, I'd flip over a medium-toned block - the backside is usually lighter. 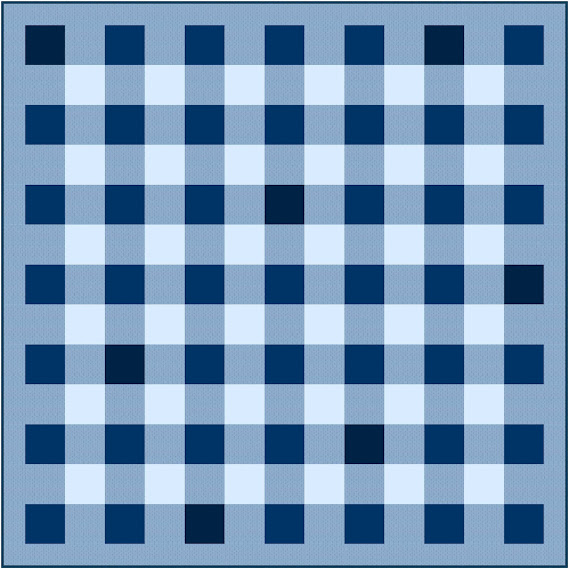 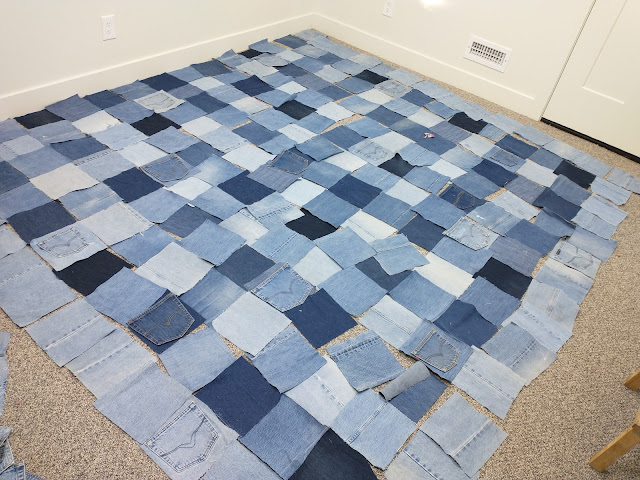 I used a generous 1/4" seam allowance and pressed all of the seams open.  The seams took just as much time to press as they did to sew!  Lots of steam and starch, and what I call "quilting by hammer" if I needed to reduce any bulk, lol!  I just pounded any super-bulky intersections into submission with my little girlie hammer, haha!
The quilting is a simple edge-to-edge computerized design, "Squared",  and I used the largest needle possible.
I babysat the quilting machine as it stitched so I could hold down any seams where they were especially bulky.  Because I had taken the time to press open all the seams and cut out as much bulk as possible in the squares prior to sewing, it all seemed to work out beautifully.  Here it is, almost finished!! 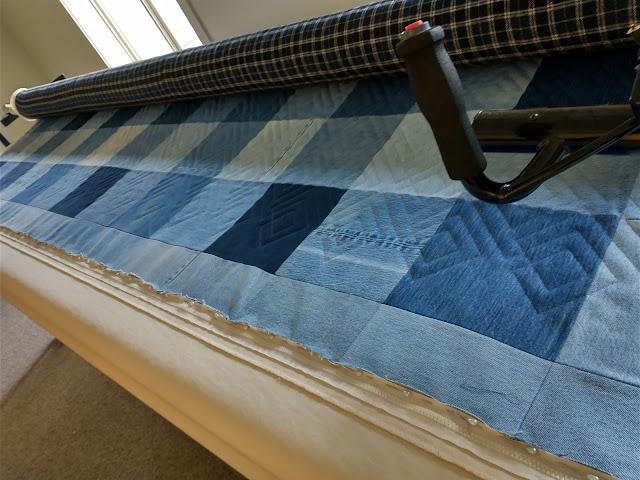 Then it was time for the binding. 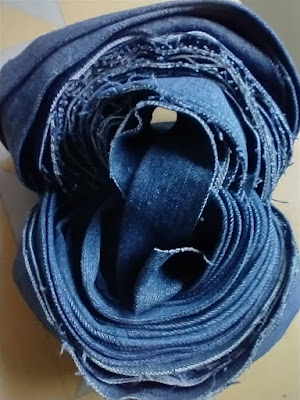 I first tried to stitch it on like any quilt, with a double-fold technique, but quickly realized that it needed to be a single layer, like a giant piece of bias tape. 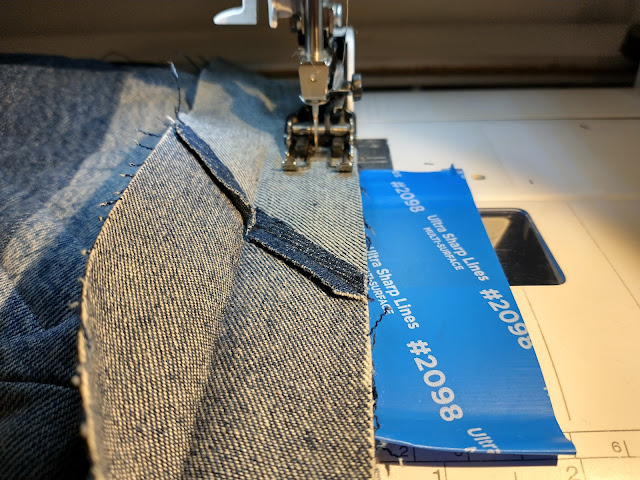 I used a walking foot on the sewing machine and put a vinyl glove on my left hand to help me wrangle the quilt under the needle.  It was a monster!! 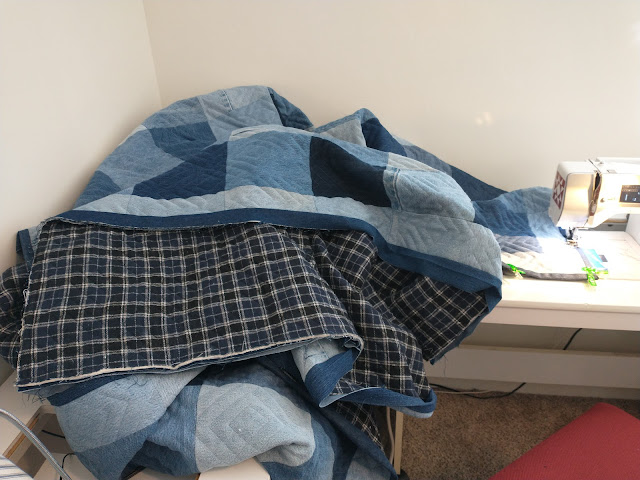 My walking foot has an interchangeable feature, so I learned how to exchange the soleplate to the "stitch in the ditch"/"edge joining" plate, and finished the binding by machine. 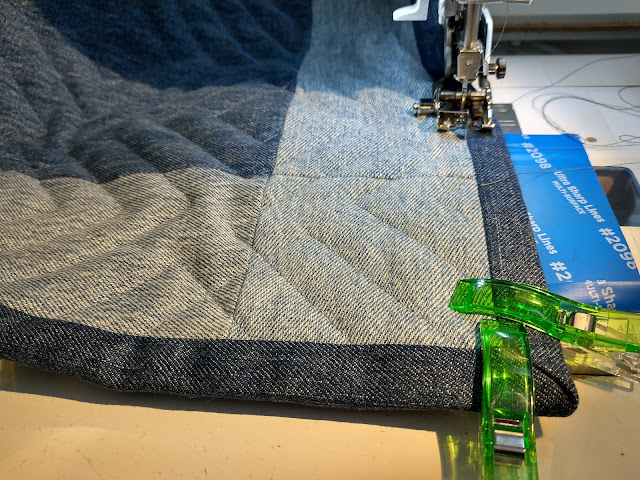 I think it looks gorgeous! 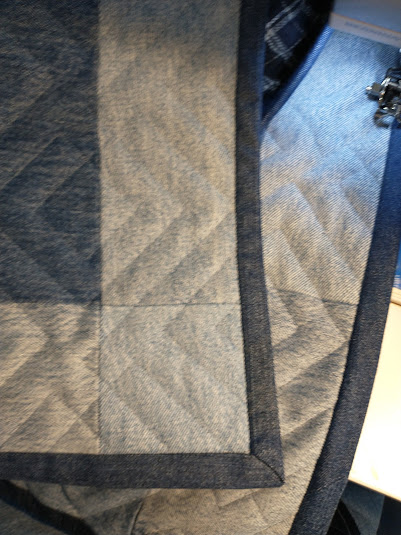 Last step: stitch on the pockets.  This I had to do on a regular sewing machine as there is no way my longarm could go over that much bulk!  It was a workout trying to wrangle the whole quilt through the sewing machine just to get that last pocket sewn near the center.  Ugh - broke a needle on the last seam with two inches to go!  But it all worked out, got the last pocket sewn on, and had to go and see the chiropractor, haha! 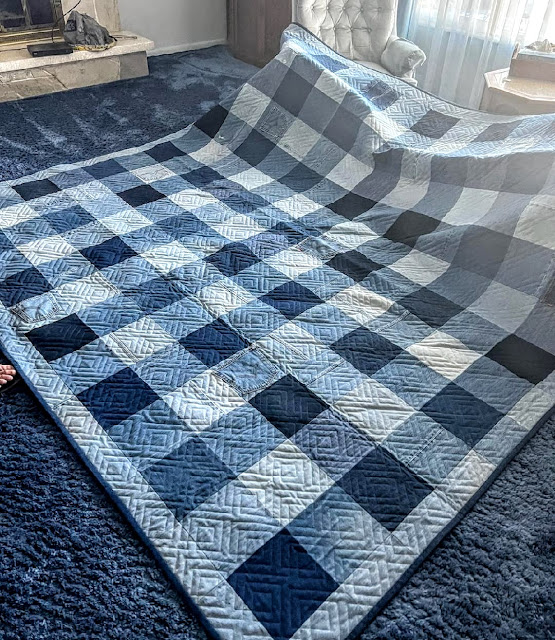 Here's what I learned:

Finally, I think this is probably the nicest denim quilt ever!  Lightweight flannel on the back, Hobbs' 80/20 poly/cotton batting to cushion the seams, and it's a luscious Buffalo Plaid quilt.  Now, just look at this smile!  I think he loves it too!! 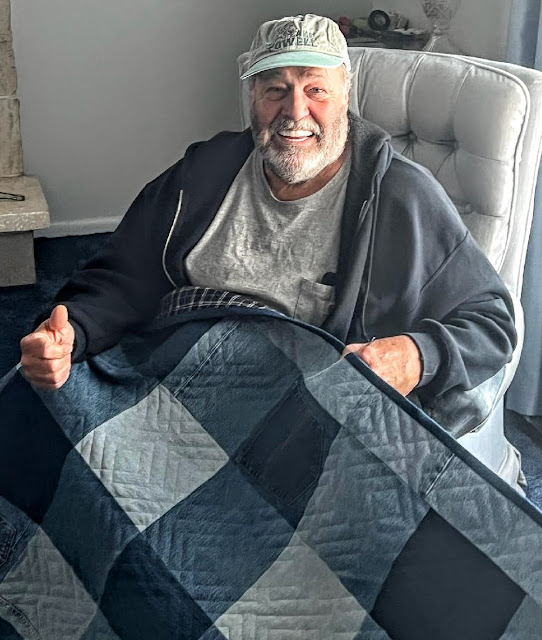 Heehee - My sis just sent me a picture of his text later that night...😂😂

And now I know what it will take for me to make one for myself, someday.  But maybe mine will be a lap quilt...*Ü*
Save
Happy Quilting!

So happy you stopped by for a visit! Thank you!